What the 2020 Toyota Corolla Features 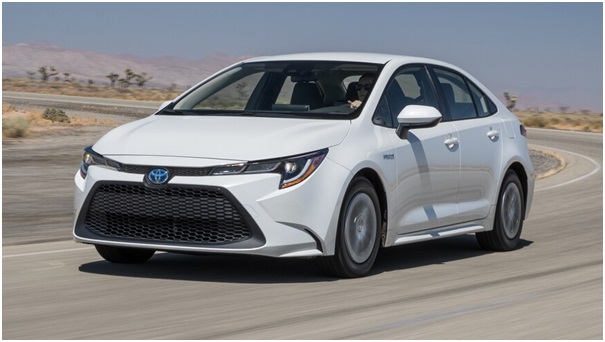 Sedanshave always been the most favorite car type for those who can’t confine themselves within the limits of utility and need to own a vehicle that has its own unique identity. But when the manufacturing brand reads a name like Toyota, few virtues get added up by default, and you drive home everything one can expect from a family vehicle.

The 2020 Toyota Corolla that comes both in sedan and hatchback shapes is a model that made many of the prospective buyers to shift their focus from the segment of crossover SUVs. But among the two, the 2020 Toyota Corolla is mostly preferred as sedans, confirmed the staff members of a famous Toyota dealer near Eagle. So here we would keep our discussion limited to the sedan models and keep the hatchback for some other time.

The 2020 model year of Corolla sedans come in the trim shades of L, LE, LE Hybrid, SE, XLE, and XSE among which the SE and XSE trims can also be ordered as hatchbacks. The 2020 model year edition mostly carries over what was offered in the 2019 year model, but overall it still looks fresh and energetic in its timeless styling cues.

Toyota curves out the silhouette of its flagship model Corolla with sharper edges to give this sedan its exclusivity. The four-door compact sedan from Toyota makes its presence felt with its gorgeous appearance, lighting up its way with its LED headlights and its signature front grille.

Those loaded with larger engine now are given pairs of alloy wheels as a standard feature with dual exhaust tips clad in chrome that peep out of the mock rear diffuser. Both the front and rear ends of the 2020 Toyota Corolla look expressive with some intriguing curves at the body sides to make them look more interesting.

Inside,the cabin of a 2020 Toyota Corolla makes good enough space for four adults. A newly drawn dash design harps on a note of higher standard while a 7.0-inch touchscreen display installed for the infotainment take the shape of a tablet floating above the climate controls.

The seats being firm yet cushy keep the occupants in their best postures to prevent from journey fatigue while a careful choice of materials make the passengers feel valued.

Performance being the forte of any Toyota vehicle, can be expected to be more than satisfying in any of the 2020 Corolla models. With all the right set of driving dynamics implemented the 2020 Corolla drives with a sporty spirit without compromising on safety.

At the base of the 2020 year lineup pf Toyota Corolla you’ll find a mid-range inline-4 engine that naturally maintains a quiet demeanor, for which the smooth shift actions of theCVT should be given the due credit. This powertrain combination then makes 169-horsepower and reaches the speed of  0-60 mph within eight seconds. When we took our test drive with the 2020 Toyota Corolla at a showroom of a famous Toyota dealer serving Eagle we all had to appreciate the way it maintains its subtle road manners.