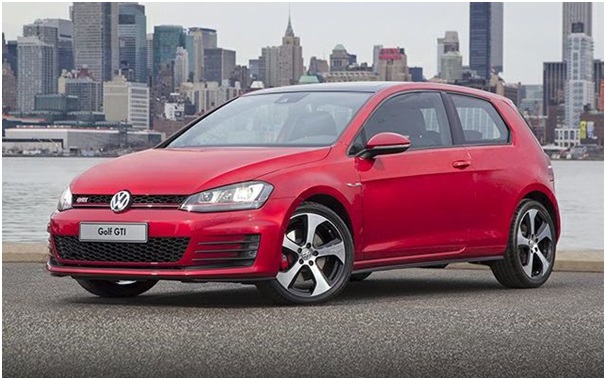 The market of compact hatchbacks like many other vehicle types have suffered a setback, since the crossover SUV models have entered the scenario. But even in this moments of crisis, few automakers like Volkswagen have shown their integrity by continuing the production of these models. The 2020 Volkswagen Golf is one such example that makes a solid and stoic choice of a compact hatchback model, for those who love this style.

The 2020 Volkswagen Golf joins the house of compact cars with a shrunk lineup boiling down to trims named as Golf, Golf GTI, and e-Golf among which even the lowest trim makes a refined hatchback choice with unexpectedly strong safety gear and other technology equipment. The models that you don’t get to see this year are Golf Value Edition, GTI S and SE, and e-Golf SE and SEL Premium. We heard from a couple of Volkswagen car dealerships in Bakersfield, that this reduction in trimline though might appear as disappointing, many users took it with a positive mind, knowing that it has in fact streamlined the model series with only the essentials.

The base model of the 2020 Volkswagen Golf runs on a 1.4-liter turbo-4 engine that can retain 147-horsepower after being paired to a 6-speed manual as standard or an 8-speed automatic transmission as optional to shuttle the engine power to the front wheels.

The powertrain in combination with an effective driving mechanism manages to deliver a brisk acceleration that smoothens the ramp entry, while returning an EPA-estimated 32 mpg of fuel economy from a combined trip, which justifies why it took no time for the 2020 Golf to rise in popularity, while elevating and reviving the goodwill for the hatchback models in the minds of prospective car buyers. With its soft yet stable and luxurious rides, the 2020 Volkswagen Golf cuts a lion’s share in the market of family car while it can also be considered a budget car, not for its price, but for its strong fuel economy rates. No wonder that the mass car buyers mostly from nuclear families will find the 2020 Volkswagen Golf as a happy buy than the fuel guzzling crossovers. Not every family roam in large groups, not all drives are headed towards off road destinations.

But even for them who want more grunt under the hood, Volkswagen offers them the Golf GTI that revs with 228-hp gathered from a 2.0-liter turbo-4 engine, that can either be mated with a 6-speed manual or a 7-speed dual-clutch automatic transmission. This model is a natural performer also because of its good driving dynamics that includes a limited-slip front differential that plays a major role in accentuating the acceleration while turning the handling experience into something linear and equally entertaining.

As rightly analyzed by the Kern County car dealer experts, with the emergence of crossovers as a new model type, the memories of the car users did fade out a bit about how useful used to be the compact hatchbacks. But with the 2020 Volkswagen Golf, the memories flooded back, and the number of buyers is increasing who are by now disinterested with the idea of buying a crossover this year.