Home›Auto›Is the 2021 Chevrolet Blazer a Better Version of Itself?
Auto

Is the 2021 Chevrolet Blazer a Better Version of Itself? 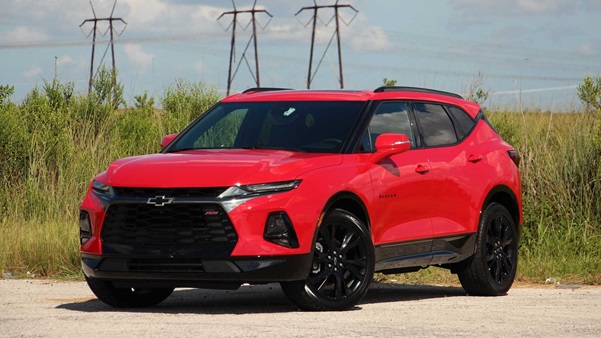 The year 2021 brought back a newer edition of Chevrolet Blazer. The new attire includes a more aggressive front with some rakish bodywork to ascertain its place among the other models of this segment. The newly edited two-row mid-size crossover from Chevrolet no doubt stands out in the light crowd, even when compared to the diverse models released from its rival brands, commented a sports car critic who is associated with the Lewiston Chevrolet dealer.

The 2021 model year lineup of the Chevrolet Blazer also can boast of its RS models that offer a fantastic torque-vectoring all-wheel-drive system.

Inside of every 2021 Chevrolet Blazer models, you can be assured of a spacious family space that took special care for the rear seat passengers this time, leave alone the front seats that are no less than lofty thrones.

Chevrolet also considered preparing the 2021 model year editions of Blazer models with a generous amount of cargo space of 31 cubic feet behind the rear seats that can be stretched to 64 cubic feet with the rear seats folded. But unfortunately, that did compromise the outward visibility to quite an extent.

For the year 2021, the Chevrolet Blazer lineup gets some significant updates that undoubtedly made the two-row crossover a better version of itself. The most significant changes are seen in the Safety side, where a new package pf Driver Assist features overrides the earlier setup. So, the 2021 Chevrolet Blazer models, namely, the 2LT, 3LT, RS, and Premier trim levels get by default the advantages of automated emergency braking and automatic high-beams, then there is front pedestrian detection that works in tune with lane-keeping assist.

Apart from this, the performance sector gets its V-6 engine set up as front-wheel drive with a new equipment of trailering package with which the 2021 Chevrolet Blazer can tow up to 4500 pounds instead of the earlier 1500 pound limit.

On the exterior a bunch of new paint colors join the existing color palette that are named as Pewter, Iron Gray, Cayenne Orange, and Cherry Red.

Changes at the Power Front

The 2021 Chevrolet Blazer becomes a better on the power front as well, since the lineup stays equally versatile, if not more.  Thanks to the standard power configurations that includes a 193-hp making 2.5-liter four-cylinder engine, a turbocharged 2.0-liter four-cylinder engine capable of streaming 230-hp, and the optional power plant of 3.6-liter V-6 engine making 308-hp. A known source from the showroom of Chevrolet dealer serving Lewiston informed us that all the three engines are given a nine-speed automatic transmission to pair with, among which only the turbo-four and the V-6 models are granted the configuration of all-wheel drive.