Aspects of the 2020 Chevrolet Blazer that Deserves Appreciation 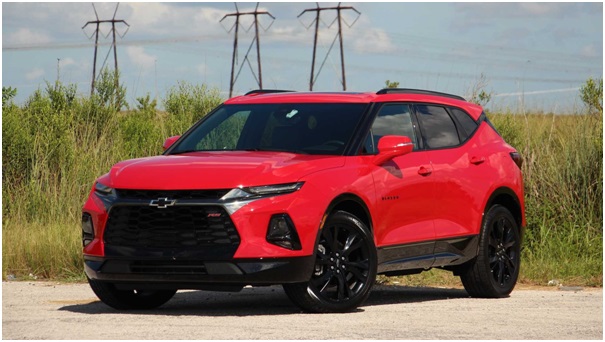 There are countless number of models in the segment of crossovers that are currently overriding the automotive market worldwide. But not every model is able to offer something that you can really appreciate. But when we saw the 2020 Chevrolet Blazer for the first time at the showroom floor of the Jacksonville Chevy dealership, we got to explore the model series without any hurry, though it didn’t take us much time to realize the aspects that are really deserving of heartfelt appreciation. That’s the same reason we felt like sharing them with you all.

The Evolution of Blazer Series

The Chevrolet Blazer has been a known name in the market of crossover SUVs, that was more recognized for its truck like demeanor and performance as well. While that worked better to gather a section of crowd, it did distract a large section of buyers who were looking for a vehicle with more refinement. Realizing this fact, Chevrolet got the timely changes done to the 2020 model year edition pf the Blazer series, and the result is, we got a crossover that is now capable of swaddling its  users with the comfort of a compact family car, while its truck like attributes stayed hidden to work only when needed.

Chevrolet rebooted the Blazer series just the last year and gave it a tag of five seating family crossover, transcending from its rugged SUV past. For that, Chevy has gifted the Blazer lineup of 2020 the return of its turbo-4 engine that used to be there few years back. With this new engine the 2020 Chevy Blazer now counts its trims as the base L, LT, RS, and Premier that offers more and more creature comfort and other conveniences as you climb higher the price. Chevrolet configures all the Blazer as front-drive crossover but offersall-wheel drive as an upgradable option.

The 2020 Chevy Blazer can make space for five adults with a sliding feature added to the rear seat to fit in more cargo. This flexibility can be rarely found in other crossovers of its own class. Because of this we can adjust the cargo space as well as can fold it down, to accommodate bigger stuff, when you need it most. All Blazers get an 8.0-inch touchscreen display for the infotainment system that comes with Apple CarPlay and Android Auto compatibility. The range topping Premier model adds on more tech and creature comfort features like leather upholstery, a sunroof, cooled front seats, wireless smartphone charging, and a handsfree power tailgate.

Even the base model of the 2020 Chevrolet Blazer moves with a 193-horsepower making inline-4 engine. As you climb higher the trim tree branches, a 230-hp cranking turbo-4 engine will greet you with more silent work. It will also give you a quicker pace, and a softer ride. On the top of the lineup stands a V-6 engine with a tall horsepower count of 308 that can handle every odd that comes its way. All the engines are by default paired to a swift shifting 9-speed automatic gearbox that can tow on its trailer a maximum weight of 4,500 pounds.

All the Chevrolet dealers near Jacksonville unanimously opined that with all these appreciable elements to count upon, the 2020 Chevrolet Blazer now stands ahead of many of its closest competitors.